This month Rocky Mountaineer celebrates their 30th Anniversary, but it’s YOU that will be receiving the gifts in the form of up to $900 worth of free perks per couple.

Book before 7 February 2020 and you’ll receive 1 FREE hotel night, 1 FREE transfer, and 1 FREE dinner when you book a qualifying 2020 Rocky Mountaineer package of 8 days or more.

We’ve featured just two of the options below:

Journey Through the Clouds Explorer with Pre-Tour Sonora Resort (Eastbound)

Experience the West! This journey takes you to the stunning mountain towns of Jasper, Lake Louise and Banff, including a trip to the Columbia Icefields and a helicopter tour through the soaring peaks of the Rockies. This tour pairs two nights at the ultimate Pacific Northwest, wilderness retreat, Sonora Resort, with the awe-inspiring sights of the Canadian Rockies.

Travel through scenic valleys, along the mighty Fraser River, through Hell’s Gate, and past the magnificent Pyramid Falls. This route, only accessible by train, also features the majestic Mount Robson, the highest peak in the Canadian Rockies. 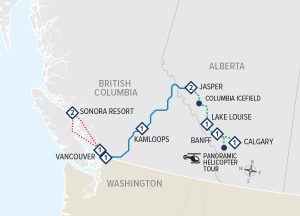 Highlights of this 11 day / 10 night journey include:

Adventure in the Canadian Rockies! This journey brings you to stunning mountain towns with stays in Banff and Lake Louise. Enjoy a scenic flight over the Strait of Georgia from Victoria’s Inner Harbour right into Downtown Vancouver.

Travel past ethereal lakes, jagged mountain peaks and raging rivers as you travel towards the lush green fields of the Fraser Valley and Vancouver’s sparkling coastline. From Vancouver, you’ll travel by ferry to the beautiful island city of Victoria for an overnight excursion in British Columbia’s capital city. 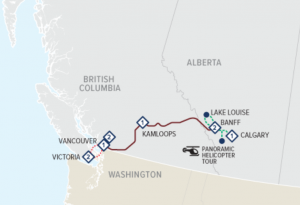 Highlights of this 10 days / 9-night journey include:

About the Author: admin 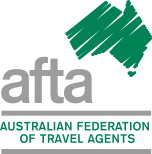